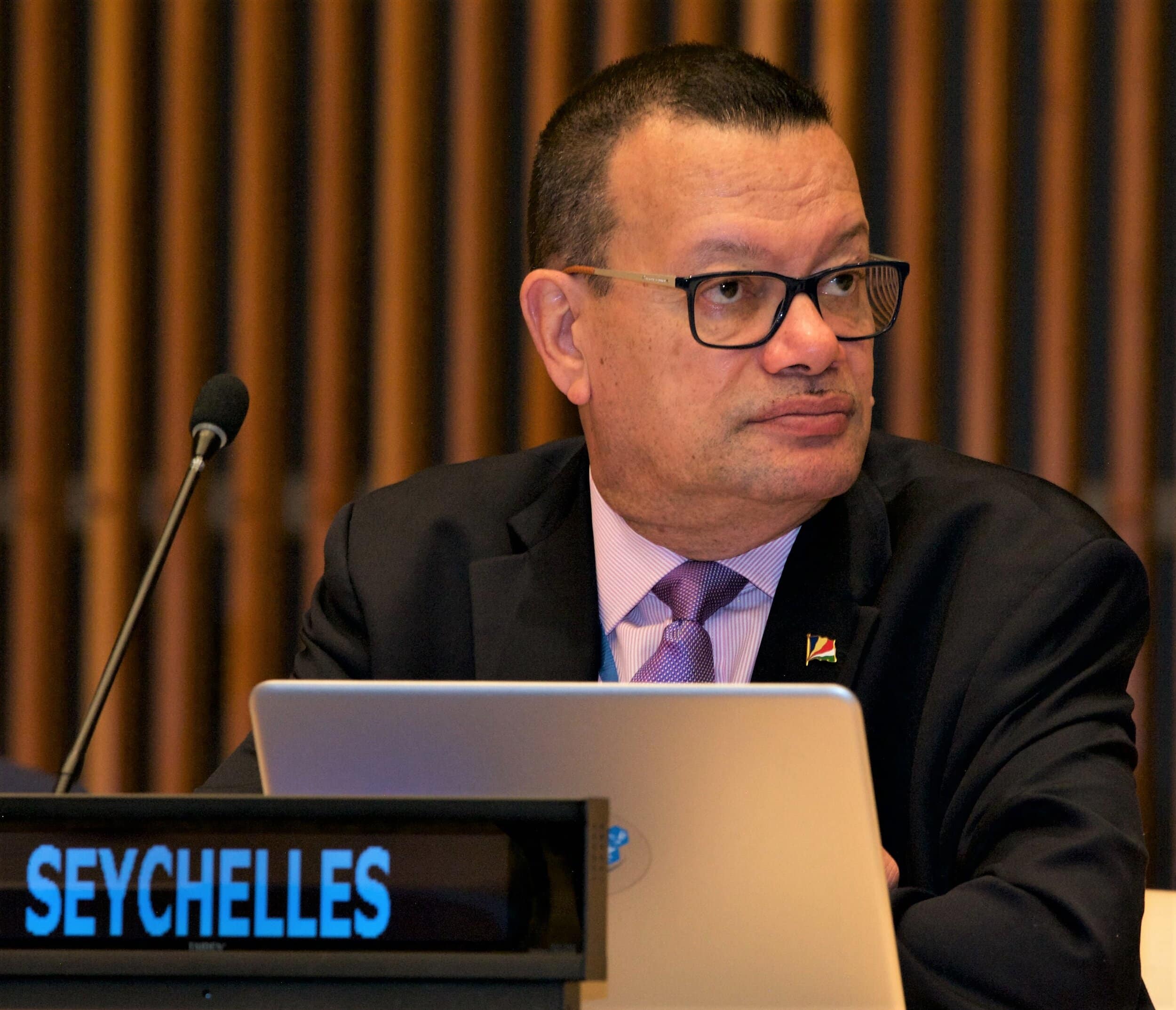 “Ocean Energy in small islands…as long as the sun exists”

His Excellency Mr. Ronald J. Jumeau, Chair of the Executive Council of SIDS DOCK, who signed the agreement with Global OTEC Resources on behalf of the SIDS DOCK organisation, said, “the exciting thing is that this is a company led by a group of authentic, bold and innovative professionals, based in the United Kingdom. There is no other SIDS DOCK Partner, in name or mission, that so perfectly aligns with one of the SIDS DOCK Work Programme’s major activities, the SIDS DOCK Heads of State & Government OTEC Initiative 2023: Bring Dominique Home! The possibility of using ocean energy offers one of the most promising opportunities, not just for development of a competitive sustainable energy sector in island states, but for the construction, installation and operation of the first Floating OTEC Power Plant, to be named “Dominique,” in partnership with the Government of the Democratic Republic of Sao Tome and Principe.

According to Al Binger, Secretary-General of the Secretariat of SIDS DOCK, who has spent decades on research and development of OTEC technology, including as Visiting Professor at Saga University, Japan, “ Global OTEC Resources Floating OTEC technology is so innovative that it is a gamechanger, bringing OTEC and ocean energy technologies a lot closer to a realistic option for SIDS. In just one day, twenty-four (24) hours, the amount of energy that the sun puts in the tropical oceans can run our islands for decades. The ocean is an inexhaustible renewable energy source and as long as the sun exists, we will have thermal energy in the ocean,” he said.

Dan Grech, Director for Global OTEC Resources noted, “our breakthrough floating OTEC plant design stems from focusing efforts on small scale projects. Previous developers have attempted going the route of, ‘too fast, too soon,’ before having an operational grasp of the fundamentals of the cold-water pipe. Collaborating with leading riser manufacturers and scientists on the cutting-edge of subsea riser designs, we have a concept that reduces the technological and financial risk in deploying floating OTEC plants. This partnership is indeed a game changer for us, as we recognize ten gigawatts (10 GW) of installed fossil fuel capacities amongst SIDS DOCK countries that need to be replaced with high-availability, clean, affordable power. The SIDS are a springboard for innovation led OTEC deployments before we go on to address the global practical resource, expected to reach 900 GW by 2050,” he said.

SIDS DOCK and Global OTEC Resources will be participating at their first formal event at the Vienna Energy Forum (VEF) 2021, in Austria, from 5-7 July 2021. The VEF, which will be held virtually this year, is a bi-annual event organized by the Austrian Federal Ministry for European and International Affairs, the Austrian Development Agency (ADA), the United Nations Industrial Development Organization (UNIDO), and the International Institute for Applied Systems Analysis (IIASA). Since 2017, SIDS DOCK has been a participant, and this year, will be hosting a Side Event: “Establishing an Ocean Energy Platform as a Marketplace to Support SIDS and Coastal Nations to Deploy Ocean Energy Systems,” on 6 July 2021.

Ambassador Jumeau said the Partners next have their sights set on the Launch of the Ocean Energy Platform at the United Nations Framework Convention on Climate Change (UNFCCC) Conference of Parties (COP 26) in Glasgow, UK, in November 2021. “We will call on the international community to support SIDS in our mission. This will include mandating to deploy commercial-scale ocean-based energy technologies that are appropriate to the demands of Small Island Developing States, whether in the form of concessionary development and project finance, or by underwriting project risk where appropriate,” he noted. Luiselio Pinto, SIDS DOCK National Coordinator for Sao Tome and Principe, brought greetings from the Government. He agreed with Ambassador Jumeau, and said that this is the kind of support that will bring the project to reality. 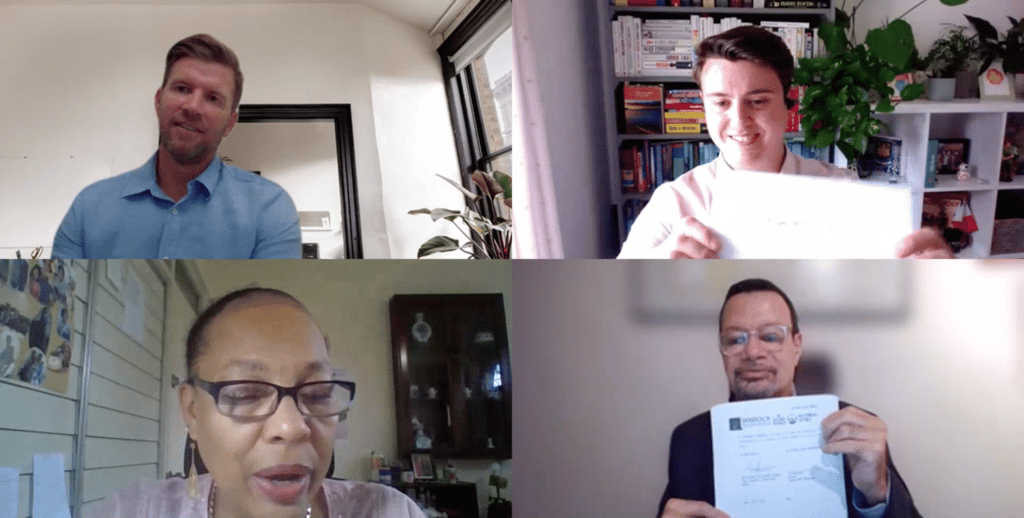 SIDS DOCK is a United Nations (UN)-recognised international organisation established in 2015, with all the rights and privileges for addressing climate change, resilience, and energy security in small islands. SIDS DOCK represents 32 small islands and low-lying developing states across the globe, and is so named because it is designed as a “DOCKing station,” to connect the energy sector in SIDS with the global markets for finance and sustainable energy technologies. The organisation’s work is coordinated by the Secretariat, in Belmopan, Belize.

Global OTEC Resources is a United Kingdom (UK)- based company, founded by Dan Grech. In 2015, Dan worked as a marketing manager for a well-known luxury fashion company. One evening, watching a rerun of Frozen Planet, Dan had a cliché epiphany moment that prompted him to leave his job immediately and join the global efforts in reversing the climate crisis. Dan started Global OTEC in 2017, and used his experience in building teams with exceptional people and setting big visions to launch the company. Dan recruited the founding team and has been the main driver of business development and partnerships. Global OTEC Resources has raised significant amounts of financing in the forms of grants and angel investments, and is now collaborating with small islands on multi-million-dollar low carbon investments to facilitate the wide deployment of OTEC Floating Power Plants across small islands.